The Club will introduce an Award & Recognition Program for the outstanding achievements of the members, spouses and children. A separate sub-committee is formed by EC to recommend the award/recognition. However, the EC will make the final decision.

Guidelines for Award & Recognition of BUET89

Name of the Award:

The purpose of the ‘Outstanding BUET89er Award’ is to recognize the BUET89ers and their families who have made significant contributions to society.

Awards & Recognitions are to be accorded mainly to the BUET89ers (those who are eligible to become BUET89 Club members). However, in certain special circumstances, the Club may decide to accord awards & recognitions to outside of BUET89.

Following steps are to be followed in the selecting process: 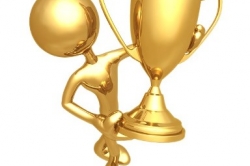